The GSYRN is a network intended to bring together academic researchers, practitioners, and graduate and undergraduate students working in girls' studies in all disciplines and interdisciplinary fields. We are based at York University in Canada and are open to members from any part of the world. Our aim is to contribute to the development of the field of Girls' Studies, at York, in Canada, and internationally, through sharing information and resources and encouraging discussion, especially between academics and community members outside the university.

The GSRN’s objective is to contribute to the growing area of girls’ scholarship, curricular development and activism. We work within while simultaneously critiquing notions of girls and girlhood. We seek to establish a trio of bridges between girls themselves, academe and community-based girl serving professionals and organizations.

Our network embraces interdisciplinarity and adopts a holistic approach. It has seven central research areas: 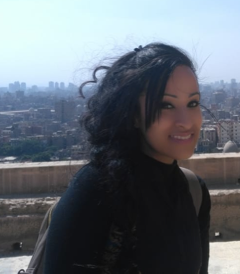 Ameera Ali (ameera.samara.ali@gmail.com) is a doctoral candidate in the Gender, Feminist, Women’s Studies Program at York University. She holds a Master of Arts degree in Early Childhood Studies and is a former member of the College of Early Childhood Educators. Her research interests encompass a wide range of topics broadly located in the areas of critical disability studies, teaching and learning in higher education, and childhood studies.  In relation to girl studies, her past research has investigated children’s perceptions of gender propriety regarding ‘girl’ and ‘boy’ play materials, while her current research (in part) elucidates the ways that girlhood and boyhood are discursively juxtaposed against one another in children’s literature on gender.  In future research, Ameera plans to utilize a critical disability theory framework in conducting research with children to evoke their conceptions of ‘girlhood’ and ‘boyhood’ as they pertain to notions of ableism and disableism. 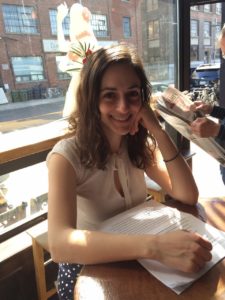 he researches young people's media and cultures, focusing on girlhood and cinema/TV. She holds a MA in Film Studies from York University and a BA in Cinema Studies, English, and Italian Studies from the University of Toronto. Her research interests include girls, youth, qualitative research, speculative fiction, cinema and media studies, neoliberalism and neoliberal feminism, young people's views on socio-political issues and activism, and care. From her doctoral work with teen girls from various communities in Toronto, she has noticed that neoliberalism encourages desire of all sorts (i.e. for self-improvement, for certain types of relationships, for a better world) through various stories, adaptations, and curated presentations of activism. Incidentally, the means by which these desires are sustained are also what make it difficult for the girls to actually challenge the structural issues that are complicating the fulfillment of their desire.

Morgan Bimm is a PhD candidate in Gender, Feminist, and Women’s Studies 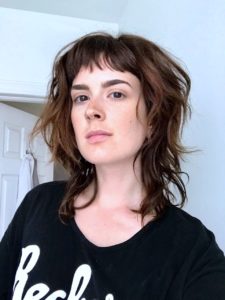 at York University. Her research interests include integrating fan studies and feminist theory, particularly as they relate to the consumption of ‘girly’ texts, music, and aesthetics. Morgan’s academic publications include a co-authored chapter on Carly Rae Jepsen and nationhood in The Spaces and Places of Canadian Popular Culture, as well as writing on the online meta-lives of protest signs featuring pop lyrics in the forthcoming Networked Feminisms: Activist Assemblies and Digital Practices. She is passionate about critical pedagogy and has co-organized a student-centred teaching and learning symposium, facilitated workshops in partnership with the York Queer Graduate Student Caucus, and runs a regular pedagogy discussion group for local graduate students. Her writing has also appeared in A.Side, Feminist Space Camp Magazine, and various zines. 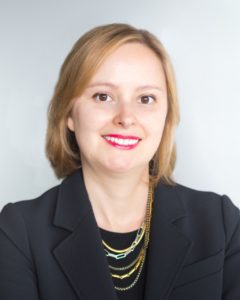 in International Law at York University and a lawyer (Barrister and Solicitor) with the Law Society of Ontario. Her book Feminicides of Girl Children in the Family Context: An International Human Rights Law Approach (Brill) was published in 2018. She also published several articles in law journals including the Cambridge International Law Journal and the International Journal of Children’s Rights. She holds a Ph.D. in Law (University of Oxford) in which she examined the rights of girl children under international law, an LL.M. in Human Rights (King’s College, University of London) and bachelors of civil law and common law (B.C.L./LL.B., McGill University). She previously worked for the UN as Child Rights Project Officer at the UNICEF Office of Research in Florence (Italy), and served at the International Criminal Court (Prosecution division), the Court of Quebec Youth division, and the Tribunal de Bobigny in Paris (France). 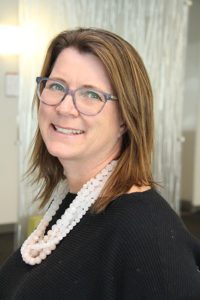 of Communication Studies and is the Director of the Institute for Digital Learning and culture (IRDL) at York University.  She is currently working on a SSHRC funded project entitled Evangelisms, Entanglements and Superfans: Young People’s Creative Labour in the Visibility Economy, that integrates how young people’s creative labour (both online and offline) is harnessed in the promotional ecologies of the children’s media and entertainment industry. In 2019 she co-edited Youth Mediations and Affective Relations, with Susan Driver (Palgrave Macmillan).  She has guest edited a special issue of Girlhood Studies on tween girls. Her book Tweening the Girl: The Crystallization of the Tween Market was published in 2014 (Peter Lang).  She has published in the Journal of Consumer Culture, Canadian Journal of Communication, Journal of Children and Media, Popular Communication and Jeunesse.  She is a founding member of the Association for Research on the Cultures of Young People (ARCYP). 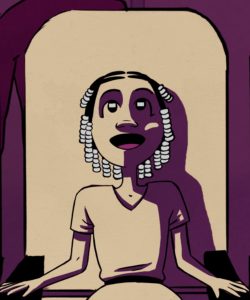 Dr. Desirée de Jesus recently completed a Ph.D. in Film and Moving Image Studies at Concordia University. Her research uses intersectional feminist phenomenology to examine the reconfiguration of traditional tropes of feminine development in post-recessionary girlhood cinema. Her writing has been published in Alphaville: Journal of Film and Screen Media, Another Gaze, The Montreal Gazette, The Journal of Popular Culture, Synoptique: An Online Journal of Film and Moving Image Studies, The Journal of Religion and Film, and others. Her research has been supported through various awards, namely the Concordia Public Scholars program, the Soroptimist Foundation of Canada, the Bourse d'études Hydro-Quèbec de l'Université Concordia, the Glay Sperling Scholarship, and a SSHRC Doctoral Fellowship. She is also producing a series of video essays centering work by filmmakers of color and analyzing films centered on girls and women. 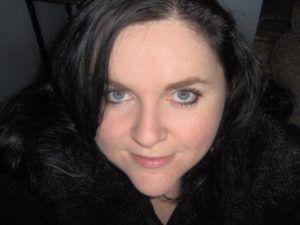 Tanya Pobuda is a PhD Candidate in the joint Ryerson and York University Communication & Culture program, studying communication, representation in board games, serious games, and simulation in higher education, training and communication. She holds a Master's of Professional Communication (MPC) at Ryerson University and has a Bachelor's of Journalism, High Honours from Carleton University. Tanya has had a 26-year professional career in marketing and communications, Web design, and project management in a number of multinational PR firms including Hill & Knowlton and Shandwick, beginning her career as Toronto-based technology journalist and news editor.  Tanya is a Project Management Institute (PMI) certified Project Management Professional (PMP), with a specialization in large-scale national and international change management, research and development, and community social innovation projects. 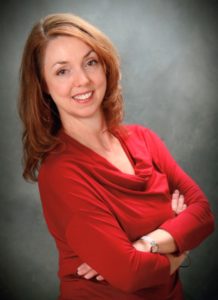 Lisa Sandlos is a PhD Candidate in the School of Gender, Sexuality, and Women’s Studies at York University, where her current research focuses on sexualization of girls in competitive dance and girl dancers' psychological and social development. Sandlos holds an MA in Dance and certificates in Laban Movement Analysis from the Laban Institute of Movement Studies and Université du Québec à Montréal. She is a long-standing faculty member of York University’s Department of Dance and the School of Kinesiology. Also working through organizations such as the Ontario Arts Council’s Artists in Education program, the National Ballet of Canada’s Creating Dances program, the Toronto District School Board’s Drama/Dance Project and the Royal Conservatory of Music’s Learning through the Arts, she has taught contemporary dance, somatics, creative process and Pilates to all ages and levels for over three decades. 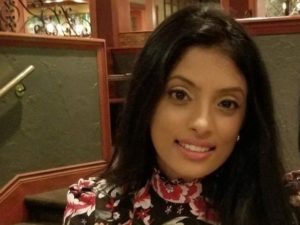 Dr. Anuppiriya Sriskandarajah is an Assistant Professor in the Children, Childhood and Youth program at York University.  She holds a Ph.D. in Sociology from the University of Windsor. Her research interests include transnationalism, gender, difference, youth belonging, and racialization. Her recent book chapter “InstaPoets and YouTube Stars: Second Generation Immigrant Women Reimagining the Canadian Canon” in Women and Popular Culture in Canada is set to come out in Spring 2020. Currently, she is working on “When Futurity Speaks: Indigenous Girlhood and Developing the Developed World.” In 2018, she was elected to serve on the Toronto District School Board.

is critical public health nurse, pediatric nursing child rights advocate an associate professor in the School of Nursing at York University. She is cross appointed to the School of Gender, Sexuality and Women’s Studies, the Child, Children and Youth Studies Program and the Graduate program in Interdisciplinary Studies where she served as director for several years. As a long-time public health nurse, Cheryl’s practice and scholarship emerged out of opportunities to work with girls and young women as they negotiated prescribed gender role expectations which were subsequently devalued. Through witnessing the dismissal of girls’ narratives, Cheryl’s work spanned every province in order to understand girls, girlhood, mental health and agency. Her work exploring girls’ anger –, forcing girls to “Live as a Chameleon”,  continues to garner great interest for girl-serving professionals. In working with girls experiencing homelessness, her work contributed to the establishment of homeless shelters for girls, women and female-identified persons. In listening to girls living with Spina Bifida, she identified the lived experience of ableism as a key barrier to quality of life. And finally, in partnering with girls participating in ‘girls’ groups whose aim was empowerment and voice, van Daalen-Smith published a guide on best practices for future girl-serving professionals to consider. She developed the School of Gender, Sexuality and Women’s Studies popular course on Girlhood which is cross- listed to Children, Childhood and Youth Studies at York University.

Select publications can be found at: http://www.yorku.ca/cvandaal/research/girls/girls_anger1.html

Dana Vuckovic is a first year French literature Master's student at York University, Glendon College. Although her field of research is not directly linked to Women's Studies, she is fascinated by the various domains in which women, of diverse expertise, flourish and break the silence through eminent research and revolutionary discoveries. As a student of French literature, she explores the worlds of both male and female authors ranging from the 19th to the 21st century. By analyzing various writing styles and the ways in which meaningful messages about the human condition are brought to light, social norms, political concepts and psychological theories can be better understood and thus enrich the fictitious worlds of authors from those eras.

Dr. Deanne Williams is Professor of English at York University. 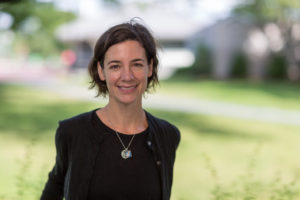 Her publications on girlhood include Shakespeare and the Performance of Girlhood (Palgrave, 2014), and "Shakespeare and the Girl Masquer" Shakespeare Studies 44 (2016). She is also the editor of Girls and Girlhood in Adaptations of Shakespeare, a special issue of Borrowers and Lenders: the Journal of Shakespeare and Appropriation (2014), and co-editor of The Afterlife of Ophelia (Palgrave, 2011) and Childhood, Education, and the Stage in Early Modern England (Cambridge, 2015). She is currently working on projects on the girl actor, and on girls and their books, in medieval and early modern England. Her research on girlhood has been supported by a 5-year SSHRC Insight Grant (2014), a Killam Research Fellowship (2018) and in 2019, she won the President's Research Excellence Award.